COMMUNITY COPIES AVAILABLE FOR FREE BELOW
to those who are marginalized or experiencing financial insecurity.

satellite / primary is an epistolary game following the story of two lovers with lightyears between them, as they watch a world-killing horror take shape at the edge of their galaxy. There is nothing they can do to defeat it, nor to close the distance and be reunited -- they have only messages for solace, and the only action they can take is to warn others of the threat ahead.

This is a game for two players and no GM. It requires the use of a Spindlewheel deck or the Spindlewheel twitter bot; two sets of 12 uniform small objects such as dice or stones, one in a warm color and one in a cool color, for each player; a closed container to conceal the stones, such as a dice bag or opaque jar; and a means of written, typed, or recorded communication.

Play may take as little as an hour or two, or as long as the cycle of the moon.

Please be sure to discuss safety tools before attempting to run the game. See the TTRPG Safety Toolkit by Kienna Shaw & Lauren Bryant-Monk for a thorough survey of commonly used safety tools and consent mechanics.

This game's mechanics are loosely based off of Follow by Ben Robbins. It makes use of the Spindlewheel deck, created by Sasha Reneau, and the Spindlewheel twitter bot created by Caro Asercion. It was created for both the Ad Astra Jam and Correspondence Jam, based on a subplot in the Twilight Mirage season of Friends at the Table.

This game was created on the occupied land of the Osage, Kaw, and Očéti Šakówiŋ. This creator supports returning all lands, ceded and unceded, to the care of Indigenous people.

Please email any comments to fencedforestmedia@gmail.com.

In order to download this game you must purchase it at or above the minimum price of $3 USD. You will get access to the following files:

Support this game at or above a special price point to receive something exclusive.

copies of this content are available to be claimed for free by any person who experiences marginalization or economic instability.

if you do not fall under either of these categories, please do the honorable thing and support the creator by paying full price. 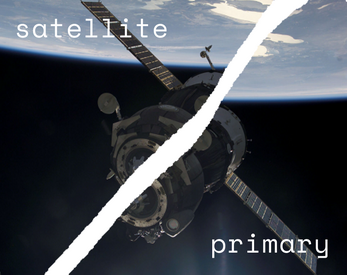